Address of the Osemawe of Ondo 10th Year Anniversary 2016 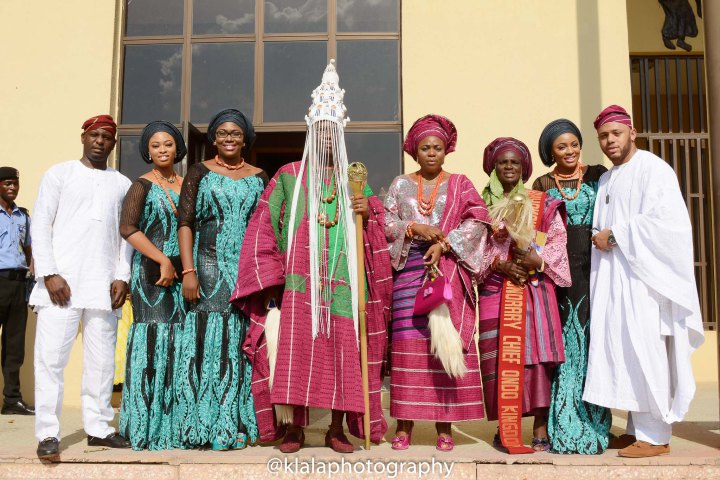 Address of the Osemawe of Ondo 10th Year Anniversary 2016

I thank God who created and nurtured me.  I also thank Ondo State Government as well as good people of Ondo Kingdom, who in their wisdom selected me as the forty-fourth Osemawe, the king of this historic and important Kingdom.  To my immediate and extended family who provided unstinting support in my decade on the throne, I thank you.

A decade in the life of a Kingdom that has been in existence over five hundred years is just a flash yet it is an important and pivotal flash.  Since 2006, when the people of Ondo Kingdom placed me on the Osemawe throne, I have seen many opportunities and faced several challenges.  With the guidance of God and the support of Ondo Community, I have taken advantage of the opportunities to further advance the development of Ondo. Equally, I have, in collaboration with Ondos, tried to solve the numerous challenges which confront our people.

Let me briefly recount the progress we have made since my enthronement as the forty-fourth Osemawe.  Before that, though a remark is opposite, to wit, that progress made since 2006 is built on the solid and enduring foundation laid by previous Osemawes.  Indeed, without them our community would not have been what it is, a Community that is enlightened, indeed, progressive with an enviable sartorial culture; a leading light among Omo Oduduwa.

Building on a good foundation of the past, we developed a programme which sought to sustain and further accelerate the development of Ondo Kingdom.  Aptly labeled as Ondo City Vision, the development agenda included physical and social development aimed at making Ondo City one of the foremost cities not only in Yoruba land but in the Nigerian Federation. Components of the programme include re-planning of the city, establishment of Radio Station, installation of street nameplates, etc.

We have achieved several of the objectives in the City Vision, among the achievements are a functioning Radio Station known as Eki Fm Radio.  The Radio Station is complemented by two other radio stations in Ondo, Kakaki radio Station and M & C 106.5Fm.  Many of our streets have easily identifiable name plates, City Gates are being constructed at Lisaluwa Roundabout and Oka.

The efforts we have made on our own have been complemented by the Ondo State Government which to its credit has cited a Medical University in Ondo City, thus making it the third University along with Wesley University and Adeyemi College of Education, a specialized higher education institution that awards degrees.  In addition, the State Government has constructed dual carriage ways, and established Mega Schools as well as modern open markets.

Culture gives meaning to human existence, it provides a road-map to understand and navigate social relations tying the past to the present.  A culture that is static without innovation will lag behind, atrophy and be irrelevant.  We in Ondo have tried to innovate our age-old culture without losing its essence.  In the year 2016, Odun Oba Festival, a royal Proclamation was issued to streamline traditional practices so as to reduce the onerous burdens borne by Chiefs.  We innovated our chieftaincy system to enable the system keep a pace of positive developments in our society.  Innovation of chieftaincy practices is meant to appeal to Ondos who might wish to be part of traditional governance.

Ondo Kingship in the person of Osemawe relies on the support of all Ondos for relevance and success.  Its continued existence depends on each and every Ondo person, Chiefs, and citizens.

At this juncture, I wish to congratulate all the awardees of today for the conferment of these prestigious awards.  I hope this will re-enact the love, oneness and cordial relationship that will enhance your steady growth as well as the development of the community.

By this honour, you have all become honourary members of Ondo Kingdom and this confers on you all rights and privileges of Ondo indigenes.  This means that you can be called upon to contribute your quota to the social-economic development of this community when the need arises.

I am happy to let you know that efforts are already in place to formally inaugurate the “FORUM OF ONDO HONOURARY CHIEFS’.  This to me, will enable you work together as a formidable team.

In any polity, there is bound to be differences on several issues but compromise, tolerance, moderation, and forgiveness are all required to maintain a sense of community unity.  It is only when we are united as a people that we can have peace, the prerequisite for development.  I call on Ondos to unite to enable us strengthen the peace enjoyed by all in the Kingdom.

I wish all Ondos at home and in diaspora well.  I pray that the Almighty Creator and Sustainer of our Kingdom, Ondo State and Nigeria will continue to shower His abundant blessings on us all.

Once again, I extend my royal greetings and blessings to you and all our guests and I wish you all blissful yuletide.  I wish you all journey mercies.